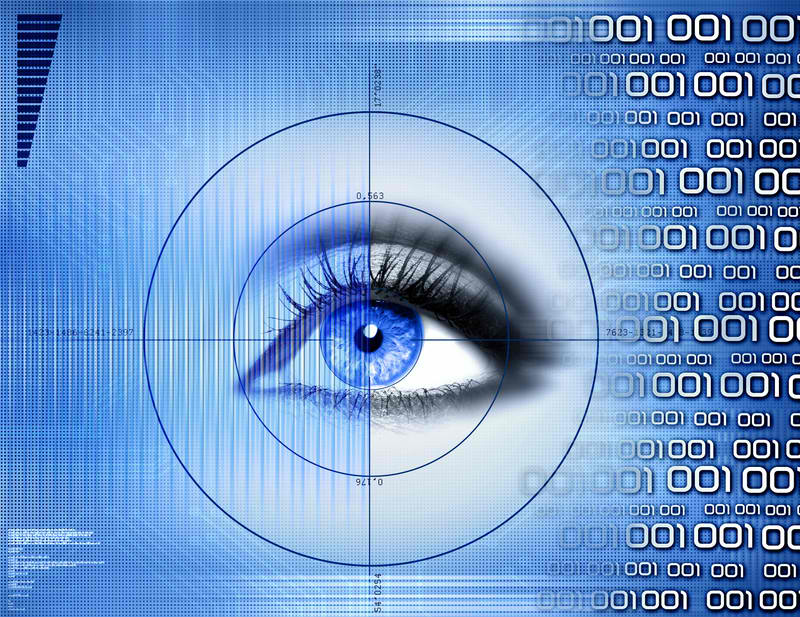 2013 has been a year of selfies, pins, memes, and other image-related materials that spread like wildfire across the social media plain. Many thought this would just be a fleeting trend but the current social media atmosphere says otherwise. This relentless online activity of visual self-publication has gone beyond “fad” mode and into the mainstream, a fact that made business owners and digital marketers take a closer and more comprehensive look into the great potential the visual web offers.

The power of the Visual Web should not be a surprise. Humans are indeed visual creatures and process pictures and images better and faster than mere scrolls or lines of text. That’s why image-focused social media sites are starting to catch up and are actually gaining more popularity than more established social networks. Just take Pinterest for example, which gained more monthly usage than Twitter, LinkeIn and Google+ combined. The table below on average time spent by an American user in these sites shows how Pinterest dominates the rest in terms of usage:

The fact that the Visual Web is growing more popular and more powerful just can’t be ignored and major social networks know this. Many thought Pinterest was just a fad until this fastest growing social sites was giving other networks a run for their money, and major investors started pouring in. Facebook has taken the cue and bought Instagram for a billion bucks, which many thought was a ridiculous move, until Yahoo made the same move in acquiring Tumblr for even more than that amount.

These social media giants are seeing the power of the Visual Web and what its implications are regarding the future of the Internet. Join us as we explore more amazing facts, figures and statistics about how this phenomenon is shaping and shaking the online world.

The Cause of Visual Web Growth


Every major milestone, social or technological revolution is brought about by catalysts that ushered in a new environment for growth and development. The same can be said true with the global emergence and phenomenal popularity of the Visual Web and the following describes some of these major causes starting with:

The Internet is made more accessible and available through technically advanced smartphones, tablets and other Internet-capable gadgets. The proliferation of these devices make the world even more interconnected even while users are on the go or are located from any part of the world – and the numbers keep on piling. Premiere market research firm IDC reported that there will be more than 1 billion shipments of smartphones this 2014, driving the world into a mobile Internet revolution. 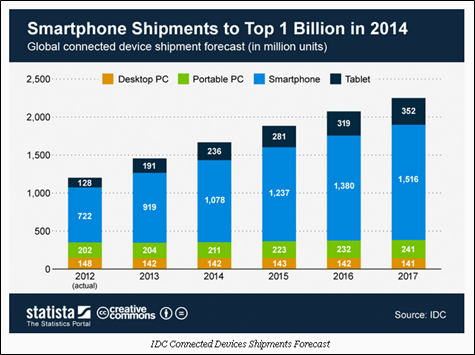 Many people access Visual Web sites through their mobile devices, like the two-thirds of the 20 million users of teen-popular We Heart It, spending an average of 16.5 minutes on the site sharing text, images and videos at least 25 times a month. The same is true with Instagram, which has a better mobile web version than its desktop website. Pinterest has the same thing going, with more than 75 percent of its visitors access the site through their mobile devices.

Humans are simply visual creatures and given the chance, they really love sharing visual content through the social networks they belong to. Studies have proven this for a fact, just like what the Pew Research Center’s Internet Project reported. The study highlighted that more than 54% of Internet had either posted or shared a photo, a video, or both that they originally shot or own through social media sites. That’s not all, another 47% have shared similar photos, videos or other visual content that they found and liked from other websites online.

Gone were the days where the only access to the Internet is a grueling dial-up connection. The rise of high-speed broadband and wireless Internet connections made it easier and more convenient for people to access the Internet using their personal computers at home or in the office, or their mobile devices even while on the move.

More than 90% of the world has 2G mobile phone technologies while more than 45% are 3G enabled according the ITU’s “The World in 2011: ITC Facts and Figures”. 4G is slowly transitioning in and getting more coverage areas (currently at 5%). This is expected to reach 50% coverage by the year 2017. 3G will proliferate even more and will eventually reach 85% coverage by 2017 according the Ericsson Mobility Report.

As more and more people are accessing the Internet through whatever devices they have, telecommunications operators are scrambling to get a bigger piece of the online pie and are lowering down rates even for data communications. These more streamlined and affordable pricing models make it easier and faster for online users to upload or download high definition visual content.

Visual-centric social networks are slowly emerging and getting rid of that “fad” stigma and have opened their doors to the mainstream online community. Social media networks like Vine, Snapchat, Instagram, Tumblr and Pinterest to name a few are slowly making their mark on the online community, three of which have emerged on top and are overtaking some of even the most established of social networks around.


Three visually-concentrated social networks have emerged in recent years and have come to dominate the social web and in some cases, even the whole social network landscape itself. The following provides some amazing facts and statistics that you need to know that will surely change the way you look at Visual Web.

What started as an Apple iOS-only app slowly rose to social media superstardom in just a few years is Instagram. The app was launched on October 2010 and it just took two months for a community of Instagram users to reach a million in numbers – and has kept on growing ever since. It was basically an app where people can apply interesting and clever digital filters to the photos or videos they took before they share it with other social networks.

This image-sharing social network was so popular that Facebook took a risk and poured in a billion in capitalization to buy the company in 2012. Instagram became relentless in its growth and is now boasting 150 million monthly active users 60% of which live outside the United States, 16 billion photos shared, 1.2 billion Likes on a daily basis, and an average of 55 million photos shared each day according to the Instagram Press Page.

A third of this phenomenal rise to 150 million users happened during the last 6 months, riding on the global Visual Web trend and popularity. This accounts to at least 13 percent of the total number of Internet users, with women using the site more often than men according to Pew Research Center’s Internet and American Life Project.

Tumblr like Twitter is also a microblogging platform but is focused more on visual and other multimedia elements, such as the changing of the background image displayed on the site every time a page is loaded. Tumblr allows users to go wild on the visual elements by allowing them to edit the HTML coding of the themes to make their blogs more customized and appealing to their target audiences.

Just like Facebook’s move in buying Instagram, Yahoo made a similar daring move when it bought Tumblr for 1.1 billion dollars in a bid to attract a newer and much younger audience. As of January 26, 2014, there are already 74.6 billion posts across 168.3 million Tumblr blogs, 50% of which are photos. The following graph describes how these 74.6 billion posts accumulated over the years since May of 2011. 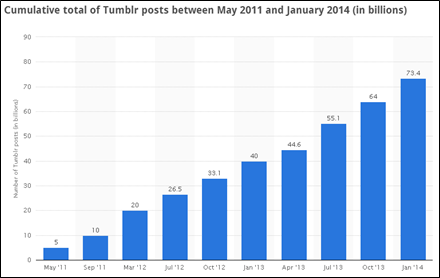 Next comes Pinterest, a truly astonishing Visual Web player first thought of by many as a mere virtual scrapbook but has risen in global popularity so much that it has recently raised massive for a total valuation of 3.8 billion dollars with the likes of Fidelity Investments taking the lead. That’s just a taste of facts and figures surrounding this online pinboard, and the following shows you even more amazing statistics:

According to Pew Research Center’s Internet and American Life Project, 15% of the total Internet users are using Pinterest with women, young people, and individuals with a higher income and are well-educated making up the top users. Digital marketers say Pinterest is a social network for women because they will most likely use the site five times as much as men do.

Techcrunch reported that Pinterest can be considered one of the fastest growing social network when it outpaced major networks like Twitter or even Facebook with it reached 10 million monthly unique users in just a period of nine months.  Now there are more than 70 million users subscribed to Pinterest and the numbers keep piling up every day and will most likely continue to grow this year and the years to come.

But unlike other networks where people sign up but never use the service consistently, Pinterest users are more active. 20 million of the total 70 million registered users are active and have at one point in either liked, pinned or repined a picture online.

Another report from social login provider Gigya highlighted Pinterest’s emergence as a social media stalwart when it sneaked up and overtook Facebook in terms of e-Commerce sharing by 4%. Pinterest was able to grab up to 41% of the total eCommerce traffic, which is a bit higher than Facebook’s 37%. Pinterest is focused more on image and object discovery than other social media users, making it an ideal tool for eCommerce. 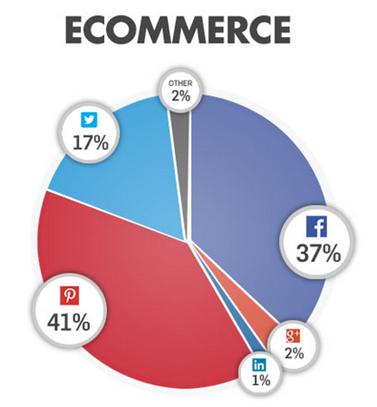 The relationship between eCommerce and Pinterest does not end there. Not only is Pinterest attracting more eCommerce traffic, the visitors coming are more likely to purchase items amounting to $140 to $180 dollars  from the site. This is significantly higher than the $60 to $80 average spending range social shoppers have purchased for certain products online. In another report from Monetate, the average order value Pinterest users make is higher than all the other major social networks. 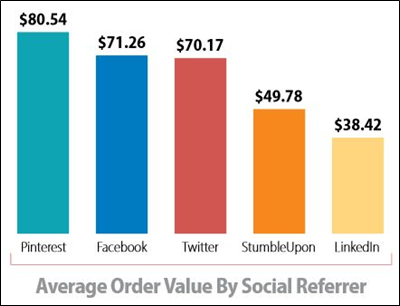 The Power of Visual Web


Digital marketers and business owners are capitalizing in the power of the Visual Web for content marketing. Studies like the report from Web Marketing Group has highlighted that up to 40% of online users will have a better and more favorable response to marketing materials if they use more visuals than text during creation.


Businesses are benefiting from the power of the Visual Web for marketing, like Shuttlerock’s example where 44 thousand new subscribers, 23 million timeline impressions and up to 57% of growth in sales where realized by one of their contractors. Another report from Simply Measured highlighted that brands realized a 65% increase in customer engagement at Facebook when they used a more visual timeline.

This is why digital marketers are starting to use visual elements in their platforms, just like the expected 51% increase in usage for Infographics according to the Content Marketing Institute’s 2014 B2B Content Marketing Research. The report also says that up to 73% of B2B marketers and business owners will also leverage the power of the Visual Web in their marketing campaign. These figures as well as the amazing facts and statistics highlighted above should encourage business owners to also start exploring the Visual Web for their Digital Marketing campaigns.